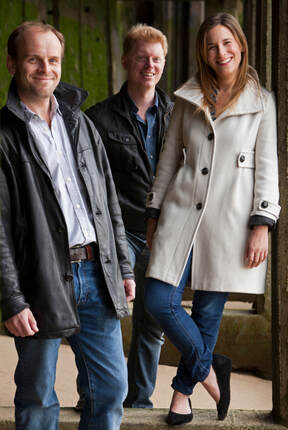 Photo: Eric Richmond
Formed in 2012, the Leonore Trio brings together three internationally acclaimed artists whose piano trio performances as part of Ensemble 360 were met with such an enthusiastic response that they decided to form a piano trio in its own right.
The Trio has since given concerts throughout the UK, Italy, Norway (Bergen International Festival and Oslo Concert Hall), Denmark and in New Zealand. Whilst in New Zealand they played to and coached a group of young musicians as part of the Sistema Aotearoa programme, and were adjudicators of the Royal Over-Seas League New Zealand Chamber Music Competition. Their concert in Hamilton was broadcast on Radio New Zealand.
The Trio’s debut recording for Hyperion of piano trios of Anton Arensky was released in March 2014. The disc received critical acclaim both nationally and internationally with praise for the Trio’s "revelatory playing" (The Observer) and “impressively wide range of timbres” (Limelight Magazine). Their second and third discs for Hyperion –works by Lalo, and Rimsky-Korsakov and Taneyev, respectively–were warmly received, while their disc of David Matthews complete piano trios, released on Toccata Classics, was described by the composer himself as “definitive”. Continuing their affinity for unearthing hidden treasures within the piano trio repertoire, they released a disc of Johann Peter Pixis’ Piano Trios in late 2017 and a “fresh, intelligent and strikingly stylish” (Gramophone) account of complete Parry Trios in 2019. The Leonore Trio’s members are keen exponents of contemporary music: they gave the first performance of Holkham Beach, a piece written for and dedicated to the Trio by Simon Rowland-Jones; and they play the piano trios of distinguished composers including David Matthews, Harrison Birtwistle and Huw Watkins.
Recent highlights include a performance of the complete Beethoven Piano Trios at Kings Place, and an even broader long-term project, including all the works by Beethoven for piano trio, piano and violin, and piano and cello for Music in the Round in Sheffield. The Trio also returned to Istanbul’s Süreyya Opera House, Wigmore Hall and the Sage Gateshead. Their latest disc for Hyperion, of works by Henry Charles Litolff, was released in February 2020. It was warmly praised by critics, was in Presto Classical’s top 100 recordings of 2020, and was awarded Editor’s Choice in Gramophone for its “engaging music, played with striking advocacy from the outset, and beautifully recorded”.
In the current season, they give live streamed performances for Wigmore Hall, Oxford Coffee Concerts, and Music in the Round, and continue to record for Hyperion.
www.leonorepianotrio.com